Our network consists of nine universities from seven countries which are shortly presented below. You can also find the contact information of our coordinators whom you can contact in case you have any question.

The University of Buenos Aires is the largest university in Argentina and the second largest university by enrollment in Latin America. At present, it represents a well-known prestigious place for the training of professionals with over 6650 teachers and more than 100.800 students characterized by its strong commitment with society. Founded in 1821 in the city of Buenos Aires, it consists of 13 departments, 6 hospitals, 10 museums and is linked to 4 high schools: Colegio Nacional de Buenos Aires, Escuela Superior de Comercio Carlos Pellegrini, Instituto Libre de Segunda Enseñanza and Escuela de Educación Técnica Profesional en Producción Agropecuaria y Agroalimentaria. According to the 2010 University Ranking by Academic Performance (URAP) the university is the best in Argentina.
Homepage: http://www.uba.ar/ingles/index03.php 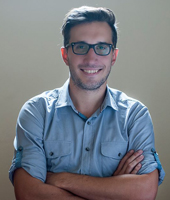 East China Normal University (ECNU) is a public university located in Shanghai. Founded in 1951, ECNU was the first national university dedicated to teacher education of the People's Republic of China, as suggested in the name "Normal", that later evolved into a comprehensive research university. ECNU is now organized into more than 22 schools, colleges, and institutes, located in two campuses throughout Minhang and Putuo. In 2011/ 12 the university had 15,799 undergraduate and 8,160 graduate and professional students, as well as 3,000 international students and 4,151 faculty members. ECNU is often considered to be one of the most prestigious universities in China. Sponsored by the national program "Project 211" and "Project 985", the university is a staunch force in the nation's research and innovation, and is reputed to be the "Columbia of the East".
Homepage: http://english.ecnu.edu.cn/

The University of Applied Sciences for Engineering and Economics in Berlin, Germany was legally founded in 1994 and has about 13,000 students studying in the areas of engineering, computer science, business and graphic arts. With around 70 Bachelor’s and Master’s courses in Engineering, Economics, Information Technology, Culture and Design the study program offers a wide range. The compact studies of applied sciences leads towards professional practice. Degree courses can be supplemented by instruction in foreign languages and key skills. HTW Berlin enjoys an excellent reputation. Especially the courses taught in international and development economics, Business Administration, Computer Science, Information Management, Business Administration and Engineering and Mechanical Engineering rank among the top programs in Germany.
Homepage: http://www-en.htw-berlin.de/ 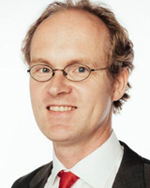 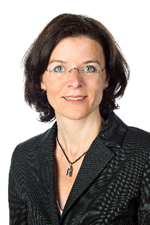 The Freie Universität Berlin is a research university founded 1948 and located in Berlin. It is a full university with 15 departments and central institutes offering over 150 degree programs across a wide range of subjects. Today it has 29,000 students in bachelor´s and master´s degree programs as well as 4,230 faculty members. FU is one of the most prominent universities in Germany and internationally known for its research in the humanities and social sciences, as well as in the field of natural and life sciences. Freie Universität Berlin was one of nine German universities to win in the German Universities Excellence Initiative, a national competition for universities organized by the German federal government. Winning a distinction for 5 doctoral programs, 3 interdisciplinary research clusters (some of them in cooperation with other universities) and its overall institutional strategy as an "International Network University”.
Homepage: http://www.fu-berlin.de/en/index.html 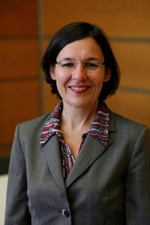 The University of Pretoria is a public university in Pretoria, South Africa, established in 1908. It is organized into nine faculties and a business school: Economic and Management Sciences, Education, Engineering, Built Environment and Information Technology, Health Sciences, Humanities, Law, Natural and Agricultural Sciences, Theology, Veterinary Science ant the Gordon Institute of Business Science (GIBS). In 2011 nearly 13,700 undergraduate and postgraduate degrees, certificates and diplomas were awarded by UP. These included 5 677 postgraduate degrees and 206 doctoral degrees. Since 1996, the university has produced more research outputs every year than any other institution of higher learning in South Africa, as measured by the Department of Education's accreditation benchmark. In 2008 the university awarded 15.8% of all masters and doctorate degrees in South Africa, the highest percentage in the country.
Homepage: http://www.up.ac.za/

Jawaharlal Nehru University is a public central university in New Delhi, the capital of India. JNU was established in 1969 by an act of parliament. The University is organized into ten schools, each of which has several centers, as well as four independent special centers: School of Arts and Aesthetics, School of Biotechnology, School of Computer and Systems Sciences, School of Environmental Sciences, School of International, School of Language, Literature and Culture Studies, School of Life Sciences, School of Physical Sciences and School of Social Sciences. In 2013/ 14 the University offered Ph.D., M.Phil./Ph.D, M.Tech./Ph.D and MPH/Ph.D in 74 disciplines, M.Sc/MCA in 5 disciplines, Master’s program in 25 disciplines; and under-graduate courses in 9 foreign languages. In addition, it also offered Certificate, Diploma and Advanced Diploma courses in various languages. In 2012, The National Assessment and Accreditation Council gave the university a grade of 3.9 out of 4, the highest grade awarded to any educational institution in the country.
Homepage: http://www.jnu.ac.in/

The University of Mauritius (UOM) is a national University in Mauritius founded in 1965. It is the oldest and largest university in the country in terms of student enrollment and curriculum offered. Its main campus is located at Réduit, Moka. As of 2014 the university had 10,300 undergraduate and 880 postgraduate students enrolled. The University of Mauritius offers programs in the areas of Agriculture, Engineering, Law and Management, Science, Social Studies, Humanities, and Ocean Studies.
Homepage: http://www.uom.ac.mu/ 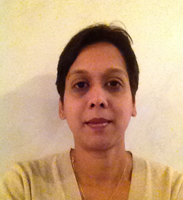 The University of Campinas is a public university in the state of São Paulo, Brazil. Created in 1962, Unicamp's goal was to promote science education in the industrial pole of São Paulo's interior region. As of 2014, the university had 18,700 undergraduate students, 15,900 graduate students, and 1,750 faculty members. Its main campus is located in the Barão Geraldo district of Campinas, with additional campuses in Limeira and Piracicaba. The University of Campinas offers programs of under-graduation and post-graduation in the different areas of knowledge (biological and health careers, arts, humanities, exact, hard sciences, technology and earth sciences). According to the Times Higher Education 2013-2014 World University Rankings, Unicamp is ranked within the category of 301st through 350th best universities in the world and the second best in both Brazil and Latin America. The Times Higher Education-QS World University Rankings also pointed Unicamp, one of the 50 best "young" universities in the world.
Homepage: http://www.unicamp.br/unicamp/?language=en